Posted on December 28, 2013 | By Susan McNabb | 2 comments
My first book was published yesterday. It’s not the first book I’ve written, but it raced to the front of the line when a romance e-publisher sent me a contract, knocking what I thought would be my first two books out of the way.  I let it run, grabbed its tail, and hung on for the ride.
I used a pen name for my new book. I was told by some wise person that I’d have a better chance of finding a literary agent and publisher for my other books if I kept my romantic fiction separate from other genres. So I split myself in two.
I’d been posting fanfiction online for several years using the nic, Suki59. (Yes, we say nic in the fanfiction world. It short for nickname, I suppose.) When I created my fanfiction profile and had to give myself a name, I looked down at my feet and swiped the name of my Chihuahua, Suki, who was snoring on the dog bed in my office. Then seeing that many nics included both a name and a number, I tacked on the year I was born in a terribly short-sighted moment. I became Suki59, fanfiction writer.
When I decided I’d need to be two different writers for my books, I went through a list of pen names I thought sounded right, and later settled on the obvious. Everyone who had ever read anything I’d written other than a handful of close friends already knew me as Suki, and I plucked my last name from the man I married, since I’d never changed my name legally (and certainly didn’t hyphenate to become Susan McNabb-McMinn, although answering the phone that way produces a guaranteed laugh, which I love).
So I became Suki McMinn, writer of vampire novels. When my publisher asked for a bio and a photo, I paused. Wasn’t I supposed to be someone else? And wasn’t my white-haired fifty-something self plastered all over Facebook? And weren’t my model photos of a very young Susan “out there” on the world wide interwebs?  I quickly found a solution and posted a headshot of me at around thirty-five—not the current Susan and not the young modelly Susan, but truth be told, a Susan where I felt my best physically and complained the least about how I looked. Note to those choosing a new persona: pick your favorite age and keep it.
After carefully creating the illusion that I’m someone else, why, you might wonder, am I outing myself here? Because I can’t imagine that anyone really cares. And I’m just not very good at lying about myself. Will it cost me that big agent? Surely not. I’d imagine they have better things to do than worry about how many names I have and which headshots match up with which genres. Not to mention they’d have to take the time to find this blog post. I would think getting an agent will have much more to do with my writing. And I’m starting to think not landing that big agent might not matter anyway. With the shifting sands of the publishing world, we all have more options than ever before that might have nothing to do with getting an agent.
So yesterday, Suki McMinn was born when my first book hit Amazon. Ironically, last month, the real Suki, my sweet Chihuahua, died peacefully in my arms. She was a funny little dog and I got to love her and be her mother for the last sixteen of her nineteen years. She’s gone but never forgotten since I now answer to her name.
In the small town where I live, my friends know about my book, and last week, when I ran into one of them at a party and he said, “Hey, Suki,” I smiled. I thought of the real Suki, but not with sadness. Yes, the pain of her loss is still very fresh, but now I’m Suki too, and that feels good. 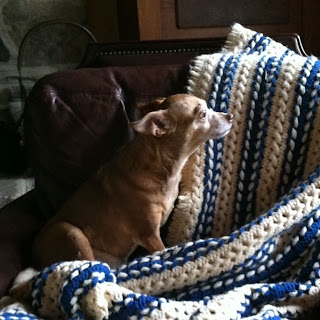 2 comments on I’m much younger when I’m writing romance novels.