Once I’d established myself as a fanfiction writer on fanfiction.net, I found that one of my pet projects was luring new writers out of their shell. I started there on fanfcition.net five years ago as a brand spanking new writer, unsure of myself and timidly posting my first stories. Once I found my footing though, you couldn’t shut me up, and after posting seventy stories, I still love it.

I entered many contests on fanfiction.net and placed in several, tying for first place in a couple and winning second place in some. There were also quite a few in which I didn’t win anything except new readers, which is about as good as gold to a writer.

I’ve also been asked to judge a lot of contests, and I’ve said yes every time I was asked. I hosted one as well with my friend, Thyra10, and we thoroughly enjoyed ourselves, virtually jumping up and down every time we’d get an entry. I don’t mean we literally jumped up and down; I mean we jumped up and down in an internetty kind of way, separated physically by an ocean and a handful of countries.

One of my favorite contests in which I was a judge was the Poppin’ Cherries contest. Writers could only enter if they were virgin writers and had never posted a story on fanfiction.net. This was when I first felt that groove of leading a new writer to water and watching her take her first glorious sip. I’d found joy in writing, and I wanted others to do the same. And some did, I’m happy to say.

Night Orchid was a regular reviewer of my stories. She was bawdy and funny, and I looked forward to her comments every time I posted a chapter. She sent me a message one day and said she had tinkered with a story idea, and asked if she sent it to me, would I use it to write a story. She wasn’t a writer herself, but wanted to see her idea in print.

I tweaked it a tiny bit—just a few minor edits, and returned it to her saying she had already written it and I insisting she post it. When she did, she filled my message box with gushing remarks about how great it felt to be a writer. She got some very nice reviews, and experienced a kind of pride she hadn’t expected. I knew just how she felt, of course, as I’d been there myself not too long before.

Night Orchid never posted another story because shortly after that she died. I’d never met her in person and only knew her real name was Jaime, but a friend who knew her in the real world delivered the news to our little virtual world, and I cried over the loss of her. I’d considered her a real friend in spite of the limitations of our online relationship. And I was glad I’d had a hand in her becoming a writer. I still go back and read her messages to remind myself how happy she was about her accomplishment.

At the same time I was coaxing Night Orchid into the writing spotlight, I was handed the reins to a weekly writing challenge our community had been enjoying for a year or so. The weekly prompts had inspired many of my own stories, and I took the responsibility seriously. I’ve been posting the weekly challenges for four years now, and am proud to say my prompts have inspired many fanfiction writers. I’m particularly proud of the virgin writers who have written and shared their work for the first time.

Now I have a book out and I’m writing more books, shopping others to agents and publishers, entering more writing contests. While promoting my book, I was asked to give a talk at a local women’s group about writing. After I told the story of my entry into what is now my favorite way to pass time—how I took a little women’s writing workshop and then discovered fanfiction and started posting stories, one of the women raised her hand and asked if we could have a writing workshop in our town.

I hadn’t thought of it, but it was an excellent idea. Now I’m no longer the timid new writer, but the teacher, helping a group of new writers find their voice and hopefully a new joy in their lives. Will they go on to write books, publish stories? I don’t know, but I’ve already gotten my reward from Night Orchid. Whatever else comes will be the cherry on top. 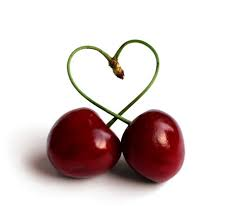