In black and white

I arrived in Los Angeles in the summer of 1984, and among my first jobs was a print ad for the L.A. Times. Shot by a husband and wife team that went by the name Four Eyes Photography, the ad only paid $75, but as often happened on print jobs, I was asked to stay and “test.” When testing, everyone worked for no pay, but for images like this one that could be used in our portfolios. I recall wearing this same outfit months later on a fateful night when I met a man who changed my life. 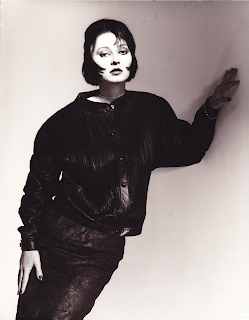